Guided by the drumbeat or “tamborazo”, a group of masked dancers energetically spinning round and stamping the patchy dirt floor gathered in front of center stage. The group was led by children, the youngest, if I had to guess appeared to be somewhere around five years old. As the dance progressed, older dancers took the stage. The admiring audience, some skillfully live streaming and holding their cell phones tightly to their chest, danced along to the contagious beat of the music. The audience would soon be surrounded by a sea of individuals with horned wooden devil masks. This festive event is known as Guelaguetza.

Did you know that tamborazo is the word used to describe Mexican music that uses drums and horns. Tramborazo is closely related to banda and it originates from the Mexican state of Zacatecas.

Guelaguetza took place on  Sunday, September 25. The traditional Oaxacan celebration was held at Calwa Park.  Different communities from Oaxaca came together to share and preserve the traditions and culture of their hometowns.

The afternoon echoed with melodic ballads composed of trombones, clarinets, trumpets, and just about every other instrument found in an orchestra. The melodic jarabes (which refers to several provincial Mexican dances) is nostalgic of a time far in Mexico’s history. I spoke with Naomi and Yareni , both members of the Maque Music, a youth philharmonic band made up of first-generation Oaxaqueños in the United States.

Naomi and Yareni joined the Los Angeles-based Maque Music Academy in 2020 and they’re also neighbors. When I asked the pair what drove them to join Maque Music, Naomi shared that her father is a musician who, like her, plays the clarinet and has his own band. Yareni on the other hand discovered her passion for music through church and plays the saxophone. This was their first year performing at Guelaguetza with Maque Music. They both enjoy traveling across California to perform at different cultural events. Events like Guelaguetza are a reminder of their Oaxacan culture and the work they do with Maque Music is important.

Jason Lopez of Fresno has participated in Guelaguetza as a dancer since 2016. When asked what his favorite part of the celebration was, Jason hesitated to say, “Oh that’s a hard question.” But he added that he does like the music.

For Vilaet Jarquin Jarquin, the Guelaguetza has been central to her life far before she found herself in Fresno. Vilalet is from a Zapotect region in Oaxaca called Nejapa de Madero, it’s in the Yautepec district and forms part of the southern sierra in the state of Oaxaca. She describes it as a place similar to Fresno, surrounded by “cerros”, meaning big hills in spanish. While she grew up in Oaxaca city, Vilaet was introduced to the Guelaguetza by her mother when she was about four years old. She recalled walking through the hills all morning with her mom to reach “Cerro del Fortin”, where the Guelaguetza celebration took place every year. Vialet can vividly recall the scent of humid plants along the cerro trails.

Vialet and her family moved to Baja California where she didn't have contact with her culture. There the Oaxacan community experienced discrimination. Eventually Vialet immigrated to the United States and settled in Fresno where she had the opportunity to reconnect with her Oaxacan culture when she started attending Guelaguetza. For 14 years she has been attending the event.

Now Vialet volunteers and helps organize Guelegutza in Fresno. Vailet’s daughter’s have grown up attending Guelaguetza just like her when she was younger. Her eldest daughter is 14 and youngest is six months old.

Vilaet hopes to pass on the tradition to her daughters. She wants to continue to share her culture with her children and Guelguetza means just that, to share.

“New generation, the goal is to share culture with the youth so they can continue to grow and feel proud not only as Oaxacans but as Mexicans. That's the reason I keep doing Guelaguetza, it’s tiring work but it's satisfying and worth continuing to do,” said Vilaet Jarquin Jarquin. 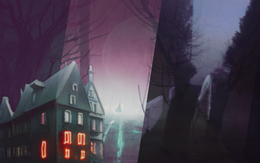